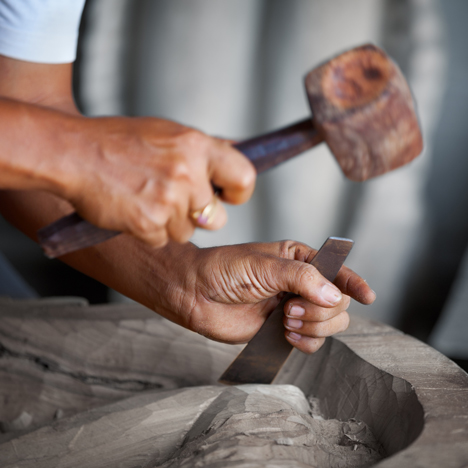 News: craft skills contribute £3.4 billion to the economy, according to research that for the first time measures the economic impact of thousands of small craft businesses in the UK.

The figure is larger than expected and includes the value that craftspeople bring to industries including science and technology.

“It’s far bigger than we thought,” said Rosy Greenlees, executive director of the Crafts Council, which carried out the research. “This is emphatic proof of the impact craft skills have on the economy.”

The Crafts Council’s Jill Read told Dezeen that the research, contained in a report called Measuring the Craft Economy, showed that craft skills had a far wider impact on the economy that previously realised.

She said the report marked a change in the way the crafts were perceived, with people who trained as makers now bringing their skills to other parts of the economy.

“It’s people who use crafts skills, techniques and materials but not necessarily to make objects,” she said. “The crafts are having impact in science and medicine, for example”.

Examples include the glass artist Matt Durran’s work at the Royal Free Hospital to develop glass moulds for growing bio-engineered organs such as noses; and jeweller Lynne Murray’s pioneering work in augmented reality through her company Holition, which develops interfaces through which customers can virtually try on jewellery.

The Crafts Council will explore the emerging relationship between the crafts and technology at Make:Shift, a conference taking place in London on 21-22 November.

“The conference is an opportunity for us to think about the wider applications of crafts across industries,” said Reid.

This triggered a backlash from the craft sector and led to discussions between the Crafts Council and the DCMS about how best to measure the impact of the crafts on the economy.

“The DCMS wasn’t suggesting that the crafts weren’t important,” said Read. “The problem was that they couldn’t get the data.”

The Crafts Council estimates there are around 23,000 “micro-businesses” in the crafts sector, mostly consisting of sole practitioners whose small turnover places them below the threshold at which the DCMS can measure their economic impact.

The latest report is based on new criteria agreed between the Crafts Council and the DCMS that takes these small businesses into account for the first time. “We now have a much better way of looking at it,” said Read.

The report shows that most of the cash the crafts generate for the economy come from craftspeople who are active in high-tech industries such as bio-medicine, science and engineering, contributing an estimated £2.4 billion.

The rest of the £3.4 billion comes through the crafts sector itself (£745 million) and creative industries such as fashion, film and architecture (£243 million).

“The UK’s Creative Industries are a veritable powerhouse and contribute more than £8 million an hour to the national economy,” said Ed Vaizey, the UK’s minister of state for culture and the digital economy. “This report highlights the key role that craft plays in this remarkable success story, and demonstrates the huge range of occupations through which craft skills are contributing to the phenomenal growth of the creative industries.”

“This research gives us, for the first time, evidence of how vital craft skills are to the UK’s economy,” said Greenlees. “They contribute to a wide range of industries – many of which the UK leads the world in. We look forward to continuing our work with the government to ensure that craft’s value is reflected in official economic statistics.”

The Measuring the Craft Economy report can be downloaded here. 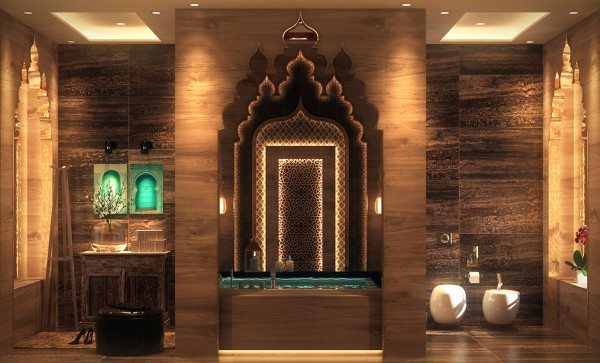 Decor Advices
While we may not think of the bathroom as an important part of a home’s overall design, when you have a luxurious, perfectly appointed...