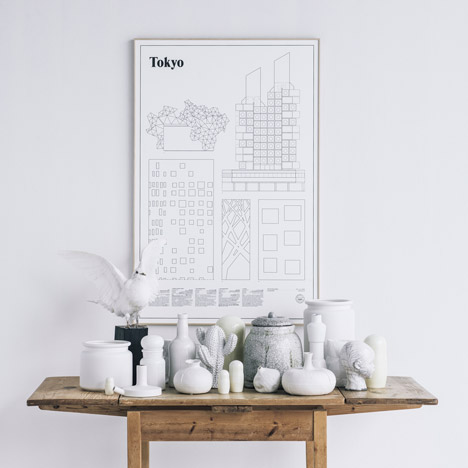 Competition: Dezeen has teamed up with Gothenburg-based Studio Esinam to give readers the possibility to win one particular of 5 monochrome prints showing elevations of iconic structures from different cities. 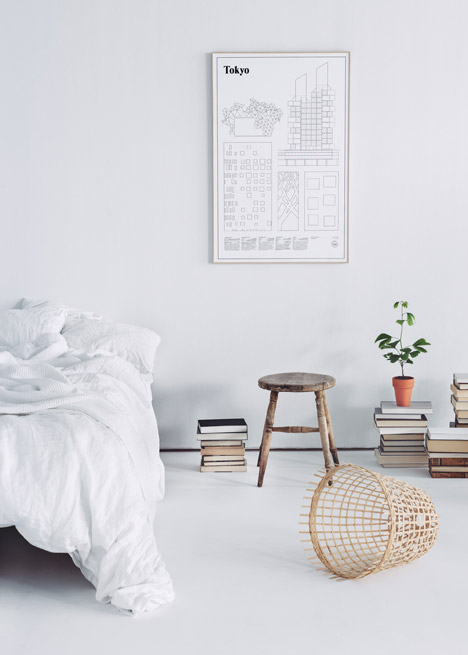 Studio Esinam’s Landmarks and Elevations series of prints show architectural elevations of buildings that typify the urban centres they are located in. 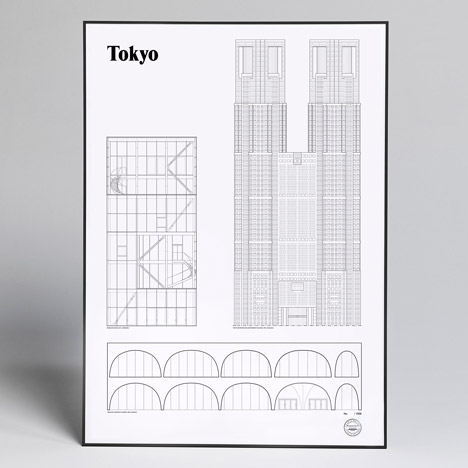 Thin black line drawings on white paper are used to depict the architectural icons, illustrated by art director Josefine Lilljegren and architect Sebastian Gokah who set up the studio together in 2013.

“We portray architecture with the ambition to convey its qualities to an audience with a genuine interest for interior and exterior spaces,” mentioned the duo. 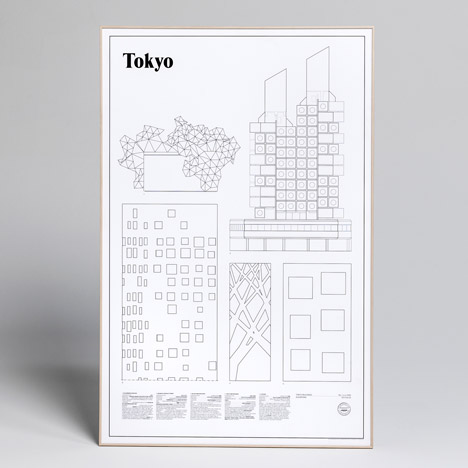 “No matter whether the exclusive feeling of a city, the texture of a facade or the balance of an interior space, our aim is to discover and communicate the deeper qualities of architecture by hunting at it from new angles and presenting it in fresh and engaging approaches.” 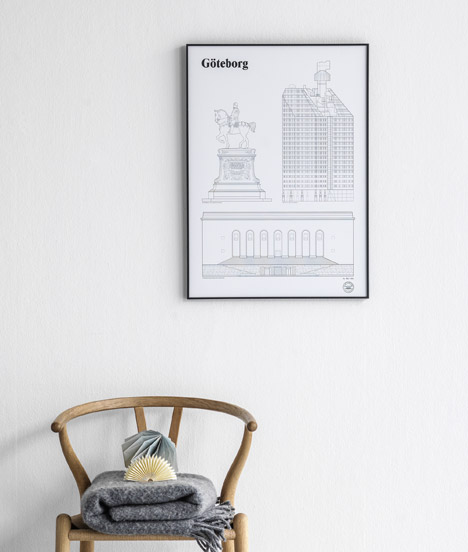 Cities currently incorporated in the set are Tokyo, Berlin, Paris, Brooklyn, Stockholm and Gothenburg – all available as the smaller sized Landmark prints and some of which come as larger Elevations posters. 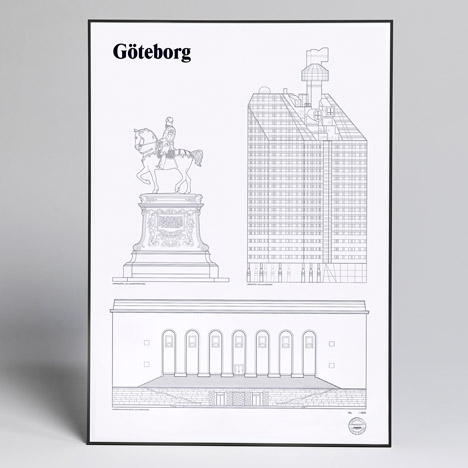 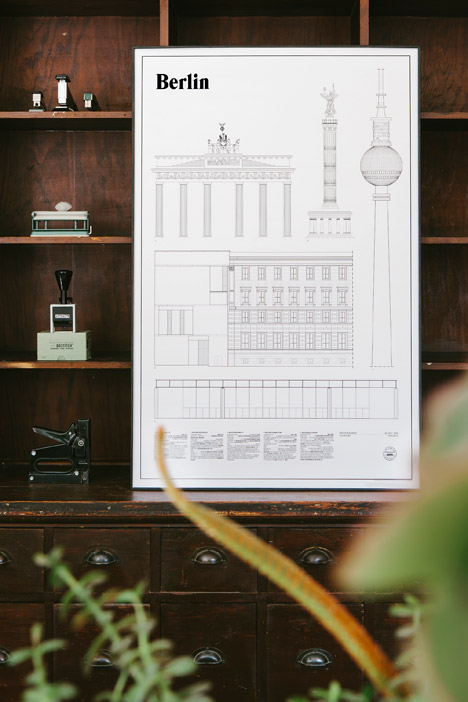 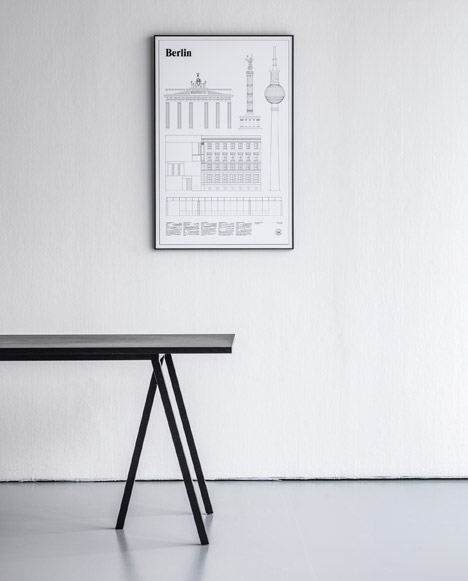 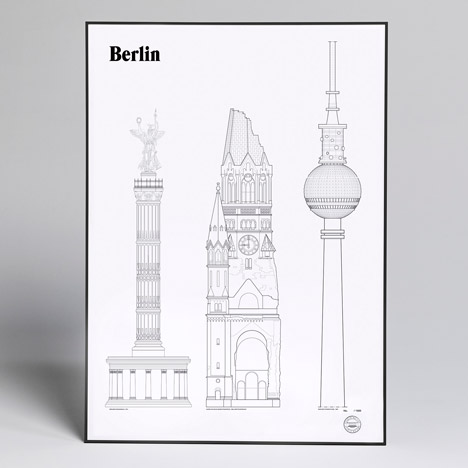 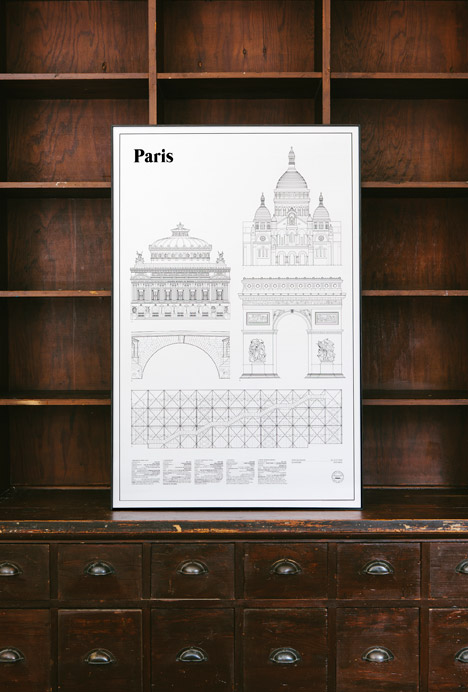 Paris is represented by historic icons which includes the Sacré-Cœur basilica, the Eiffel Tower and Notre Dame cathedral. 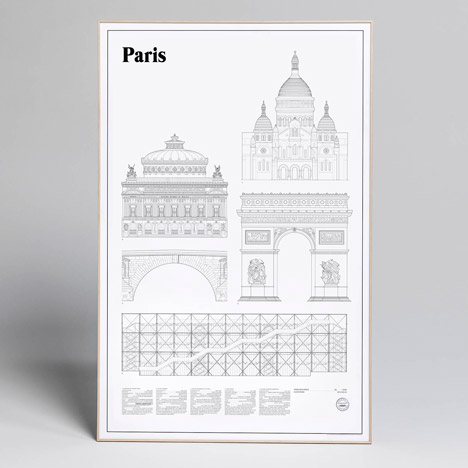 The larger version swaps the last two for the city’s Palais Garnier – utilised as its Opera Home – the Arc de Triomphe, the Pont Marie bridge and the newer Centre Georges Pompidou, by architects Renzo Piano and Richard Rogers. 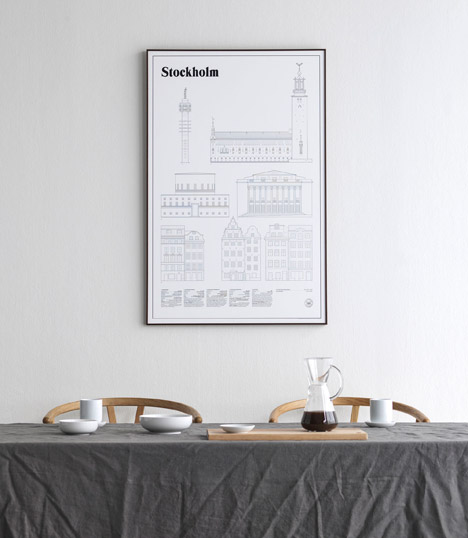 Classic buildings in Stockholm’s Stortorget square and the Swedish capital’s City Hall function on both of the prints for the city. The Kaknästornet Television tower, the City Library and the Concert Hall are included in the Elevations selection, while the Landmarks print functions the dome-shaped Globen arena. 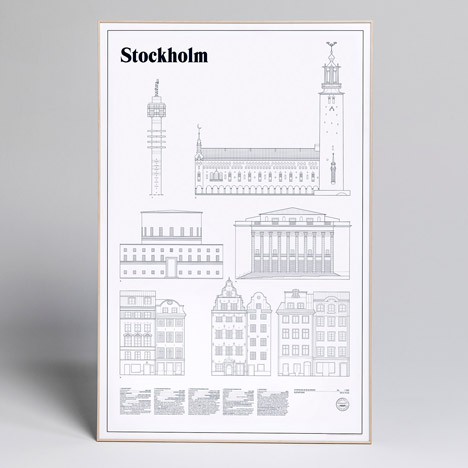 A tower of Brooklyn’s namesake bridge is shown alongside the Williamsburgh Savings Bank Tower and a townhouse standard of the New York borough – only at the moment available in the smaller sized format. 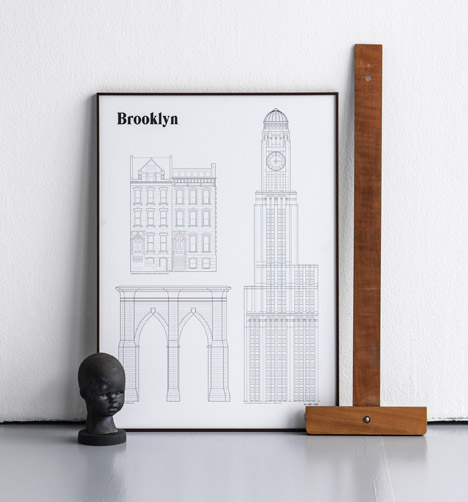 Also only a smaller version, the Gothenburg graphic attributes the Kopparmärra rider and horse statue, the skyscraper nicknamed Läppstiftet – which translates as “lipstick” – and Göteborgs Konstmuseum art museum. 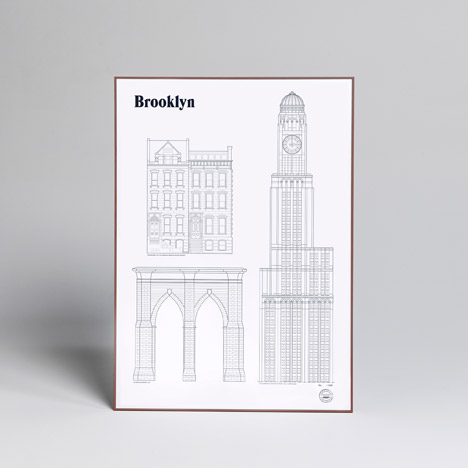 The Landmarks prints have been produced as a limited edition of 1,000 copies each and every, even though two,500 editions of each and every Elevations posters are offered. All the styles can be bought from Studio Esinam’s web site.

Winners can select which 50 by 70-centimetre or 65 by 100-centimetre design and style from the series they would like to receive.

Competition closes 13 January 2015. Five winners will be selected at random and notified by email. Winners’ names will be published in a future edition of our Dezeen Mail newsletter and at the top of this web page. Dezeen competitions are international and entries are accepted from readers in any nation.

Competition: Five Copies Of London Design Guide To Be Won