New York architecture company Grzywinski+Pons aimed to develop a space that is “as warm and cheerful as it is urban” when planning the interior of this hotel in Queens . 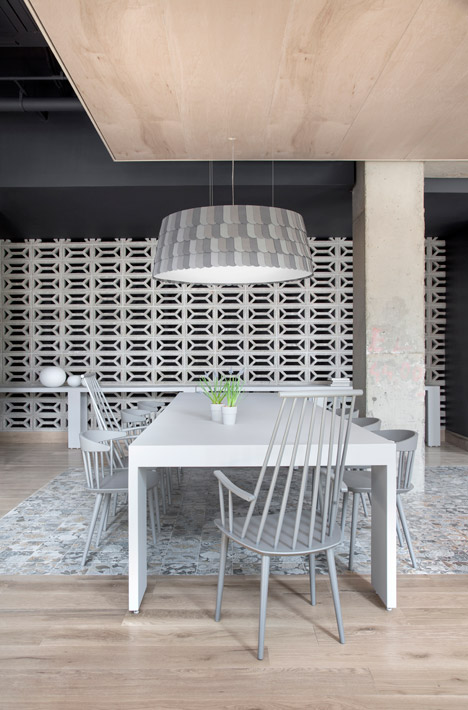 Situated in the neighbourhood of Dutch Kills, the Boro Hotel was previously a disused constructing that had by no means been occupied. 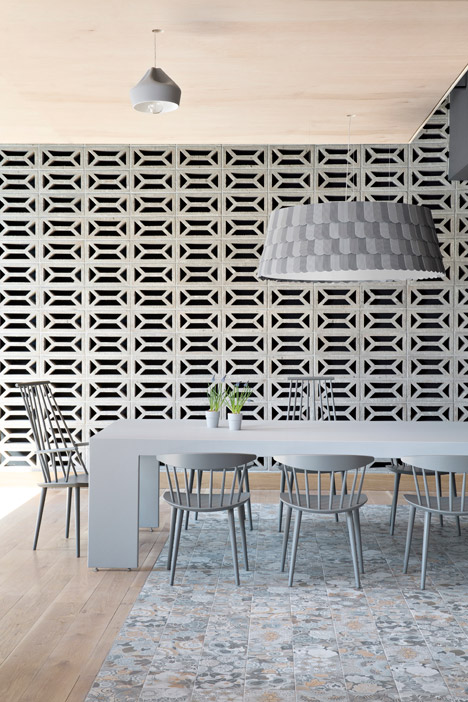 “The story of the structure is an interesting a single,” principal architect Matthew Grzywinski informed Dezeen.

“The building was built type of as practically nothing – the zoning was changing so the previous owner constructed with no a strategy of what to do with the constructing so to not get rid of the chance to capture and promote on that location.” 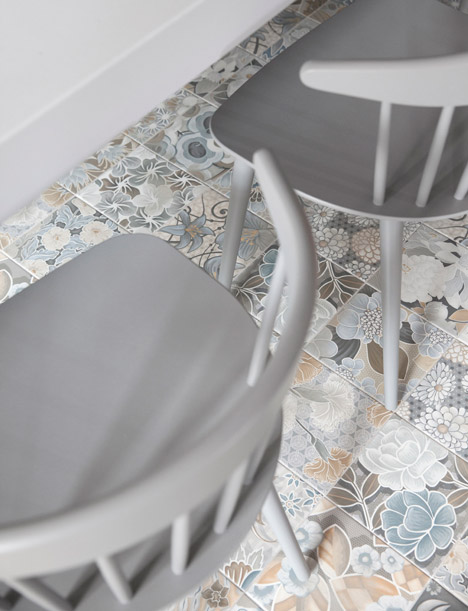 With a tiny sum of time provided to total the undertaking, Grzywinski+Pons made a decision to emphasis their efforts on the interior architecture. 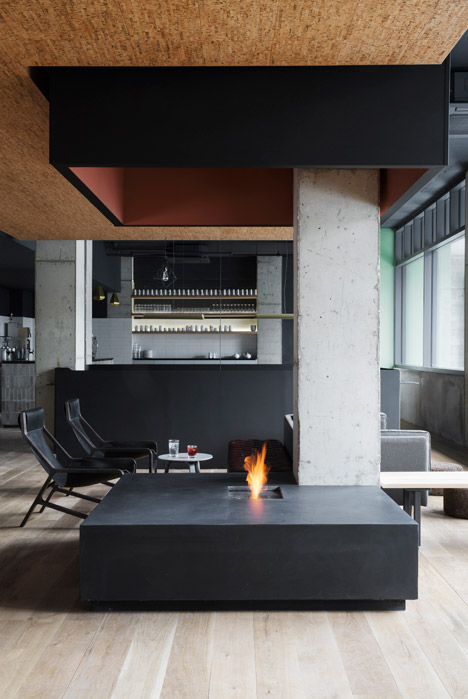 “We treated the unfinished structure like a identified object,” said the architect. “We approached the program virtually as even though we have been converting a disused industrial area to a new use.” 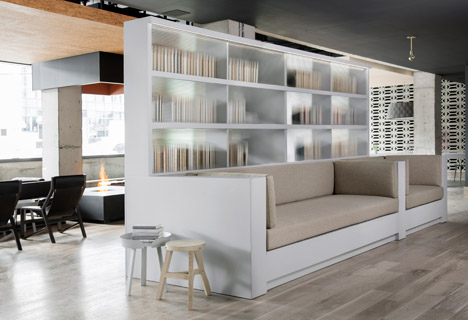 Embracing the factors of the inherited room, the architects utilized the existing cast-in-spot concrete and cinder blocks as the framework of their design and style. 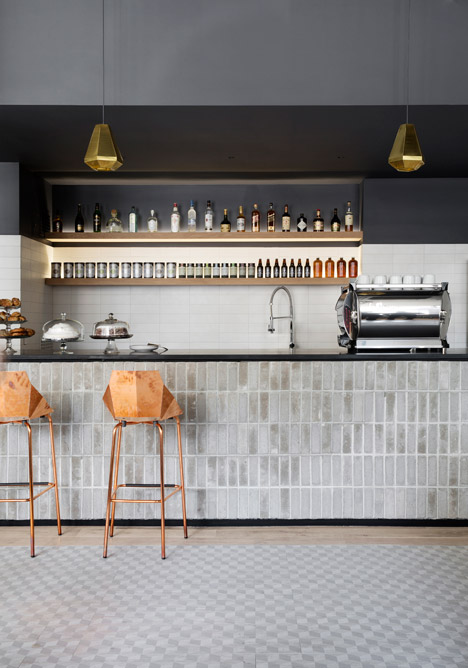 “We attempted to exploit what was good about what we acquired without having becoming slavishly thematic to a purely industrial or warehouse search,” explained Grzywinski. “Upon this mantle we layered our palette of resources while extolling the virtues of the website which includes its light, soaring ceilings and unrivalled views of Manhattan.”

Hand-scraped oak was used for the flooring, whilst the wainscoting and soffits are constructed from painted pallet wood. Leather, cork and sisal finishes were also included. 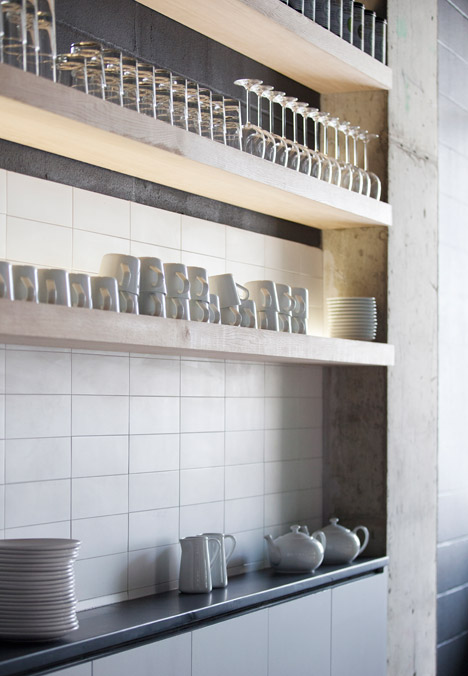 “We had been quite conscious of making use of finishes that would yield a warm and content surroundings even while obtaining a wealthy patina by way of time and use,” Grzywinski stated. 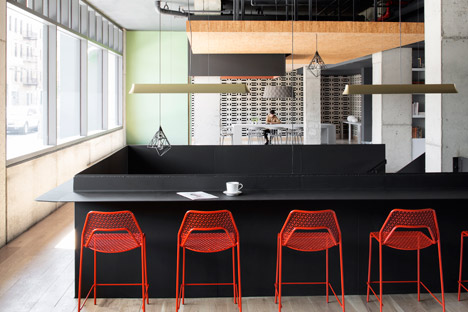 Tiles in geometric and floral patterns have been added within the guest bathrooms and on the ground floor, and a contrasting colour palette aims to “generate disparity between foreground and background”. 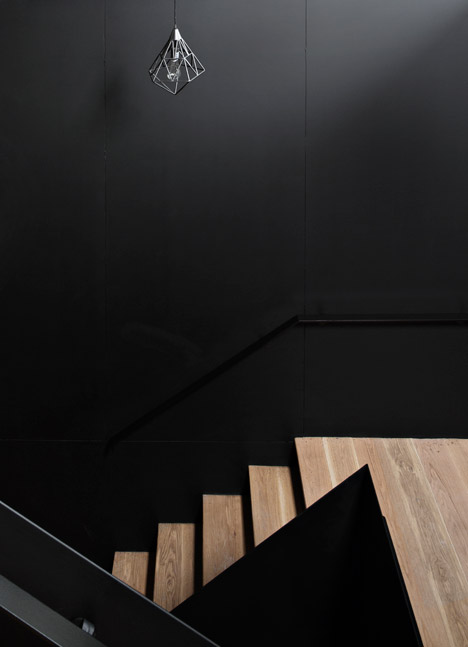 “The driving element for a good deal of the interior was to make it a warm and happy place to keep, but erring on the side of chic versus cosy,” mentioned the architect. “An individual mentioned it was like a mash up of Copenhagen, Seville and New York City, which we took as a compliment.”

A massive communal table that acts as a reception desk is situated on the ground floor, along with a bar-cum-cafe and seating spot. 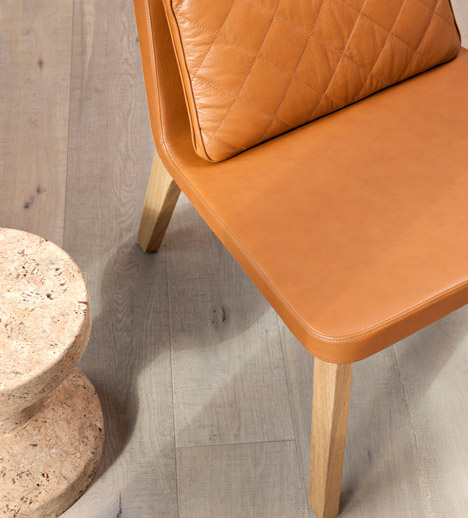 “On the ground floor we tried to erase the division and the hierarchy implied by the conventional reception desk,” Grzywinski explained. “The check out-in method capitalises on mobile technologies to liberate that service from any particular piece of furniture.” 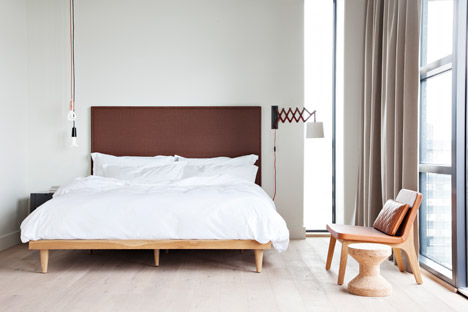 Grzywinski+Pons has previously redesigned the a lobby of a London hotel – ripping out the “sterile” interior to reveal its industrial fittings. The studio also applied shimmering aluminium panels to the exterior of a nation property in upstate New York.

Photography is by Floto + Warner.