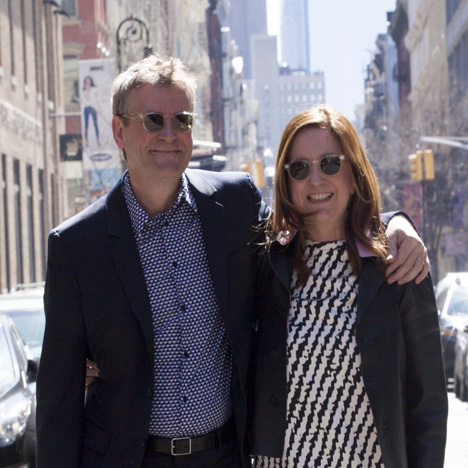 Architectural historians Beatriz Colomina and Mark Wigley have been appointed to curate the third Istanbul Layout Biennial, which will be held from 22 October to four December 2016.

The husband-and-wife duo, the two established curators and architecture professors, will stick to in the footsteps of past directors Joseph Grima and Zoë Ryan to prepare the layout festival that takes location in the Turkish city each two many years.

Colomina is greatest recognized as the author of books like Manifesto Architecture: The Ghost of Mies (2014), Privacy and Publicity: Modern Architecture as Mass Media (1994) and Sexuality and Area (1992). She is also a professor at Princeton University, and the curator of exhibitions including Clip/Stamp/Fold: The Radical Architecture of Little Magazines 196X-197X.

Wigley, a New York-primarily based critic and theorist from New Zealand, is professor and dean emeritus at Columbia University’s college of architecture, as properly as the author of The Architecture of Deconstruction: Derrida’s Haunt (1993) and White Walls, Designer Dresses: The Fashioning of Modern day Architecture (1995).

The Istanbul Layout Biennial is organised by the Istanbul Foundation for Culture and Arts (İKSV), and the theme of the subsequent exhibition is due to be revealed by the curators in December 2015.

Last year’s show focused on the function of the long term in style, with highlights including a typeface made for dyslexic readers, although the inaugural biennial looked at how new approaches of production are bringing about a “cultural revolution”.